How Many Types Of Programming Languages Are There?

The programming languages are mainly divided into two types: low – level, communicating directly with the binary language of machines; and those of high level, that facilitate its understanding on the part of the programmers.

Currently there are many types of programming languages that are used depending on the objectives of the software to be developed. For example, currently web programming is having a great boom. For this reason, the programming languages ​​that we call on the client side (PHP and Python, for example) and on the server side (Javascript) are the most used.

Next, we are going to review the most used types of language.

The programming languages ​​most used by software developers today are the following:

PHP is an open source programming language , focused on web development . Among the many things that can be done with PHP are the creation of dynamic websites by being able to embed its code within HTML and its use as server-side scripts .

Java is an object- oriented programming language that stands out for being cross-platform . Java code has the great advantage that it can be executed on any device. Java is one of the most widely used languages ​​today thanks to the use made of different platforms ( smartphones , computers and tablets , mainly).

It is a very versatile open source programming language , widely used today for artificial intelligence and Big Data . The language is simple, easily readable and elegant, having a very short learning curve compared to other types of language. Python can also be used on practically any current operating system.

The C language and its C ++ extension are still one of the most widely used languages ​​today. It is chosen by computer scientists when you need powerful programming that even needs to go down to program some tasks in assembler . Despite having a high learning curve, it is still highly sought after in programming in general and in video games in particular.

It is an interpreted programming language, widely used in client-side web programming . Besides being very practical, it is capable of being executed in any browser , making it the most widely used language on the web. Javascript is cross-platform, object- and event-oriented, and parsed; that is, it does not need to be compiled.

They are two of Microsoft’s object-oriented programming languages that use their.net framework . They are widely used to create a wide variety of applications.

It is a programming language based on C and intended for the development of applications for iOS and macOS . It is an object-oriented language with which most iPhone or iPad apps are developed .

We can highlight a list of other programming languages ​​that are widely used today: 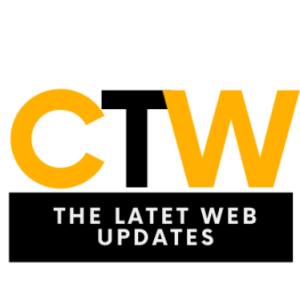 Is It Profitable To Invest In Cryptocurrencies?

What Is The NFC Connection On The Mobile?

3 Advantages Of Coding In Logistics

All You Need To Know About Cloud Services?